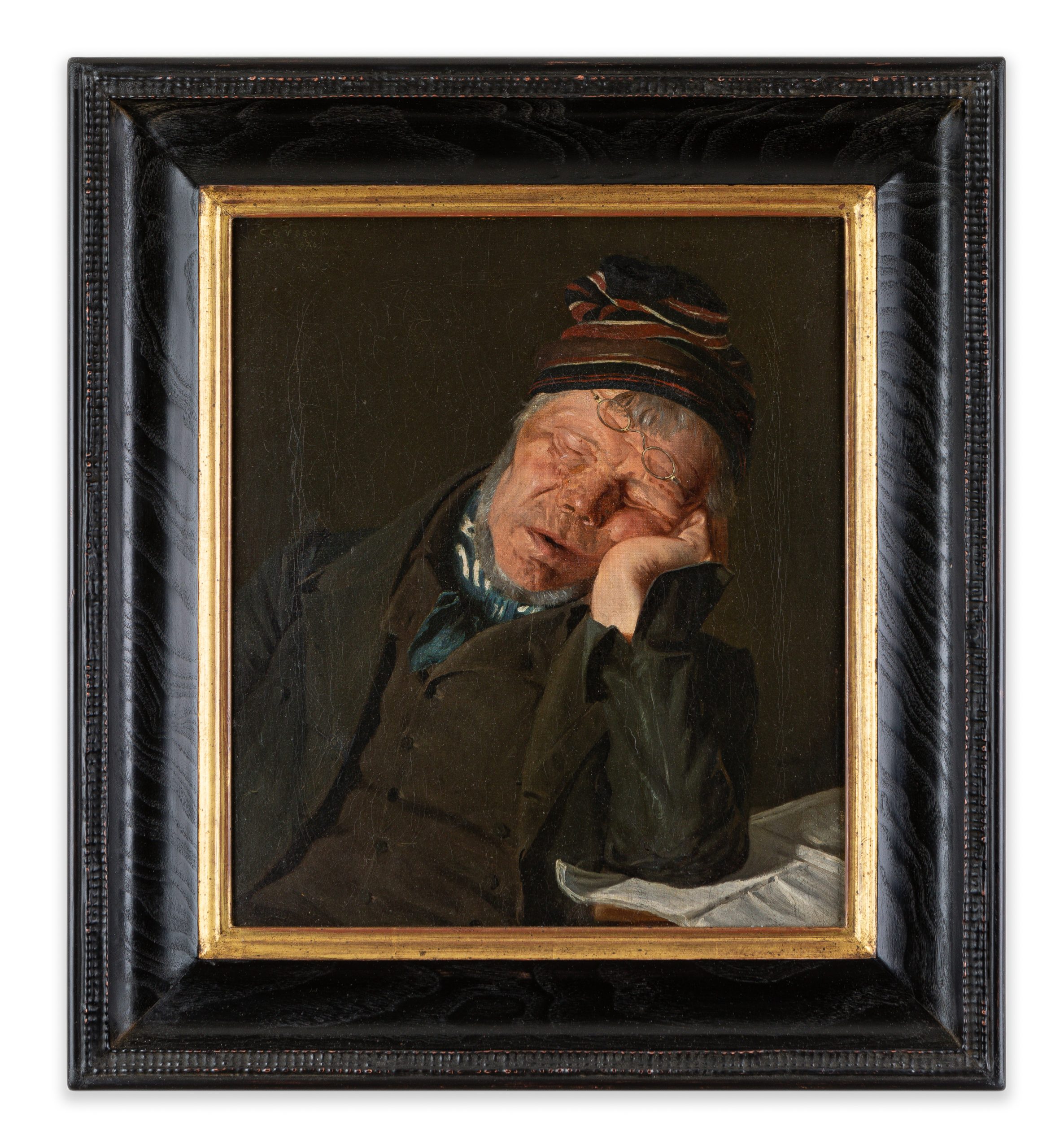 Portrait of a Sleeping Man with Reading Glasses (1876)

German painter Karl Gussow worked in Italy and Weimar. In the early 1870s, he taught as a professor at the Grand Ducal Baden Art School in Karlsruhe and later at the Royal Academy of Arts in Berlin and in Munich. Among his students were Max Klinger, Herman Prell, Carl Von Marr, Adolf Rettelbusch, Otillie Roederstein and Anna Gerresheim. Gussow’s portraits are characterized by realistic representation with almost photographic precision. Anton Von Werner, the Director of the Berlin Academy, said that ‘the exact reproduction of nature’ was Gussow’s ideal. He used specially designed brushes that enabled him to create more complex glazes. That type of brush is now known as the ‘Gussow-Pinsel’. Works of the artist are found in the collections of the Berlin National Gallery, the Walker Art Gallery in Liverpool and the Nationalmuseum in Nuremberg.