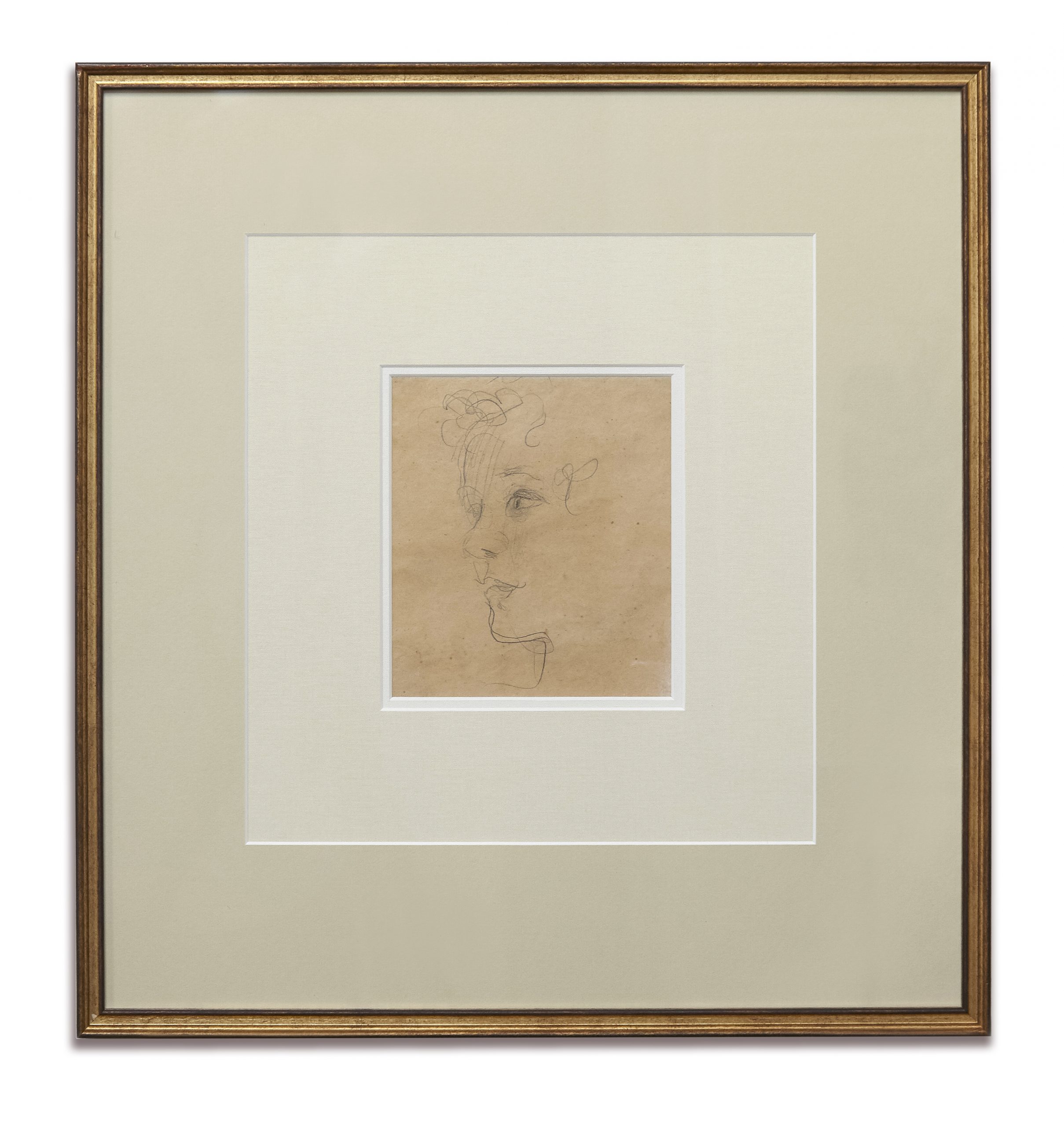 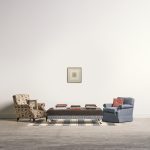 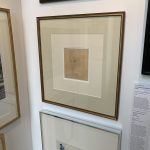 Although well-known early in the century for his drawings and etchings the bulk of John’s later work consisted of portraits. With his vivid manner of portraiture and his ability to catch unerringly some striking and usually unfamiliar aspect of his subject, by the 1920s he had superseded Sargent as England’s leading portrait painter, recording on canvas many distinguished contemporaries including T.E. Lawrence, Thomas Hardy, W.B. Yeats, Aleister Cowley, Lady Gregory, Tallulah Bankhead, George Bernard Shaw, Guilhermina Suggia, ths Marchesa Casati and Elizabeth Bibesco. Perhaps his most famous portrait is of his fellow-countryman, Dylan Thomas whom he introduced to Caitlin Macnamara, John’s sometime lover who later became Thomas’ wife. Portraits of Dylan Thomas by John are held by the National Museum Wales and the National Portrait Gallery. In 1921 John was elected an Associate of the Royal Academy and elected a full R.A. in 1928. He was named to the Order of Merit by King George VI 1942. He was a trustee of the Tate Gallery from 1933 to 1941, and President of the Royal Society of Portrait Painters from 1948 to 1953.

*Mavis Wheeler (née Mabel Winifred Mary Wright, 1908-1970), a former mistress of John’s and the former wife of Horace de Vere Cole and of Sir Mortimer Wheeler became a celebrity in 1954 when she shot her lover – the British impresario-restauranteur, Anthony Crespigny Claude Vivian, 5th Baron Vivian (1906-1991) in the abdomen. At Wheeler’s trial, the prosecuting counsel said that her love for Lord Vivian was overpowering and that she was jealous of any attention he showed to other women. This love, the prosecution claimed, had led her to shoot him, on 30 July 1954, at a range of three inches, with intent to murder him at her country cottage at Potterne, Wiltshire. Vivian survived. Wheeler was sentenced to six months imprisonment.