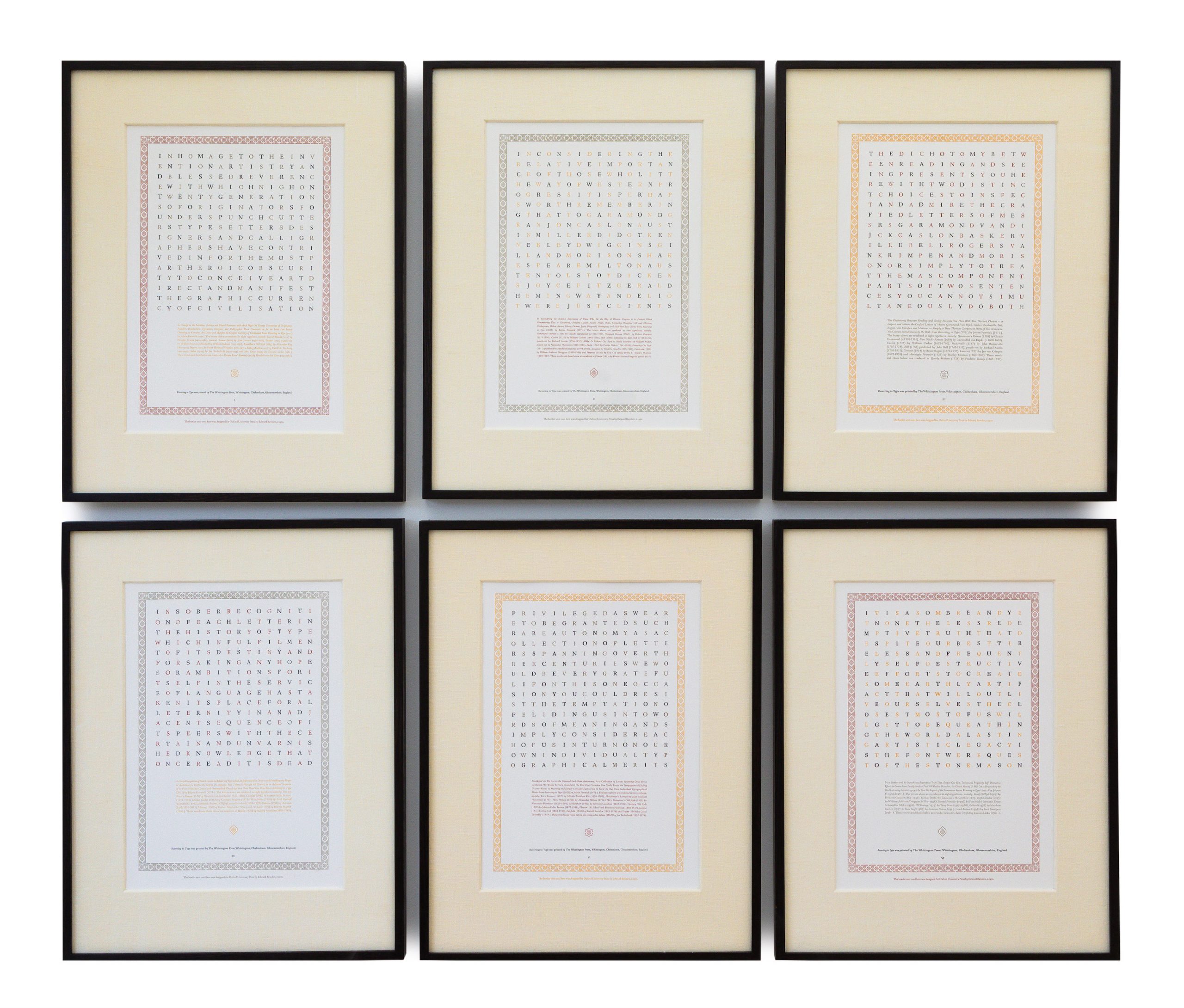 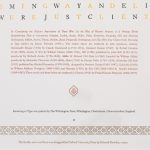 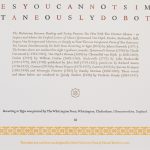 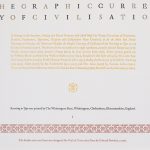 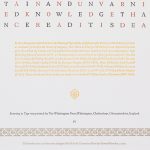 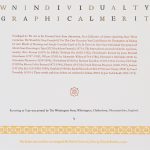 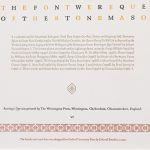 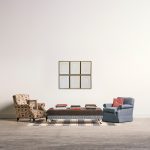 From top left to bottom right:

I In Homage
The grid of letters in the picture reads: “In Homage to the Invention, Artistry and Blessed Reverence with which Nigh On Twenty Generations of Originators, Founders, Punchcutters, Typesetters, Designers and Calligraphers Have Contrived, in for the Most Part Heroic Obscurity, to Conceive, Art Direct and Manifest the Graphic Currency of Civilisation.”

II Just Clients
The grid of letters in the picture reads: “In Considering the Relative Importance of Those Who Lit the Way of Western Progress it is Perhaps Worth Remembering That to Garamond, Granjon, Caslon, Austin, Miller, Didot, Kennerley, Dwiggins, Gill and Morison, Shakespeare, Milton, Austen, Tolstoy, Dickens, Joyce, Fitzgerald, Hemingway and Eliot Were Just Clients.”

III The Dichotomy
The grid of letters in the picture reads: “Dichotomy Between Reading and Seeing Presents You Here With Two Distinct Choices – to Inspect and Admire the Crafted Letters of Messrs Garamond, Van Dijck, Caslon, Baskerville, Bell, Rogers, Van Krimpen and Morison, or Simply to Treat Them as Component Parts of Two Sentences. You Cannot Simultaneously Do Both.”

IV Once Read
The grid of letters in the picture reads: “In Sober Recognition of Each Letter in the History of Type which, in fulfilment of its Destiny and Forsaking any Hopes or Ambitions for Itself in the Service of Language, Has Taken its Place for All Eternity in an Adjacent Sequence of its Peers With the Certain and Unvarnished Knowledge that Once Read it is Dead.”

V Privileged As We Are
The grid of letters in the picture reads: “Privileged As We Are to Be Granted Such Rare Autonomy, As a Collection of Letters Spanning Over Three Centuries, We Would Be Very Grateful If On This One Occasion You Could Resist the Temptation of Eliding Us into Words of Meaning and Simply Consider Each of Us In Turn On Our Own Individual Typographical Merits.”

VI A Redemptive Reality
The grid of letters in the picture reads: “It is a Doleful Yet Nonetheless Redemptive Reality That, Despite Our Best, Tireless and Frequently Self-Destructive Efforts to Create Some Earthly Artifact That Will Outlive Ourselves, the Closest Most of Us Will Get to Bequeathing the World a Lasting Artistic Legacy is the Font We Request of the Stonemason.”