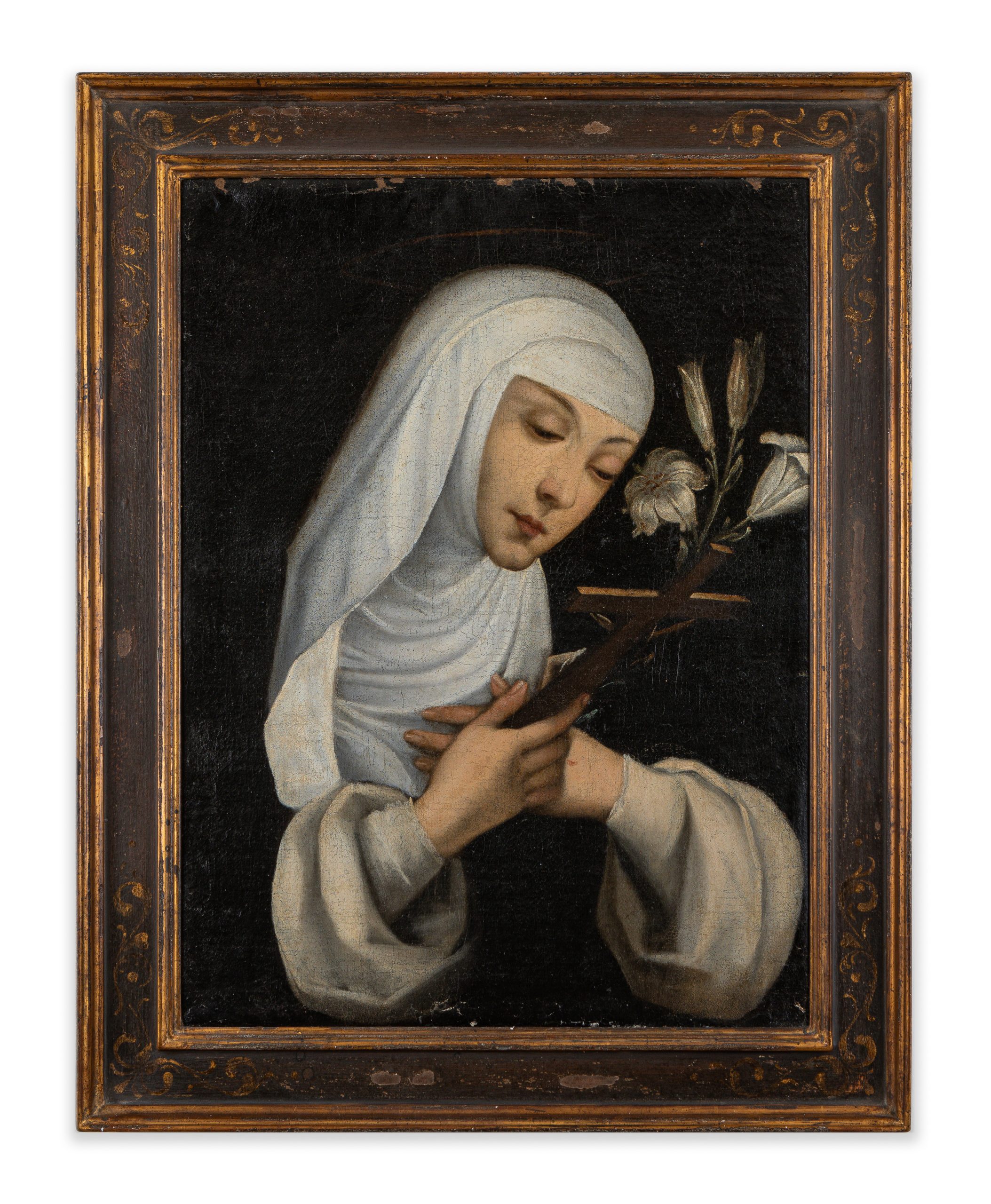 Catherine of Siena (1347 –1380), a member of the Third Order of St. Dominic, was a mystic, activist, and author who had a great influence on Italian literature and on the Catholic Church.

Born and raised in Siena, she wanted from an early age to devote herself to God, against the will of her parents. She joined the ‘mantellates’, a group of pious women, primarily widows, informally devoted to Dominican spirituality. Her influence with Pope Gregory XI played a role in his 1376 decision to leave Avignon for Rome. The Pope then sent Catherine to negotiate peace with Florence. After Gregory XI’s death (1378) and the conclusion of peace (July 1378), she returned to Siena. She dictated to secretaries her set of spiritual treatises The Dialogue of Divine Providence. The Great Schism of the West led Catherine of Siena to go to Rome with the pope. She sent numerous letters to princes and cardinals to promote obedience to Pope Urban VI and to defend what she calls the “vessel of the Church”. She died on 29 April 1380, exhausted by her rigorous fasting. Urban VI celebrated her funeral and burial in the Basilica di Santa Maria sopranos Minerva in Rome.

Devotion around Catherine of Siena developed rapidly after her death. Pope Pius II canonized her in 1461 and she was declared a patron saint of Rome in 1866 by Pope Pius IX and of Italy(together with Francis of Assisi) in 1939 by Pope Pius XII. She was the second woman to be declared a “doctor of the Church,” on 4 October 1970 by pope Paul VI – only days after Teresa of Avila. In 1999 Pope John Paul II proclaimed her a patron saint of Europe.