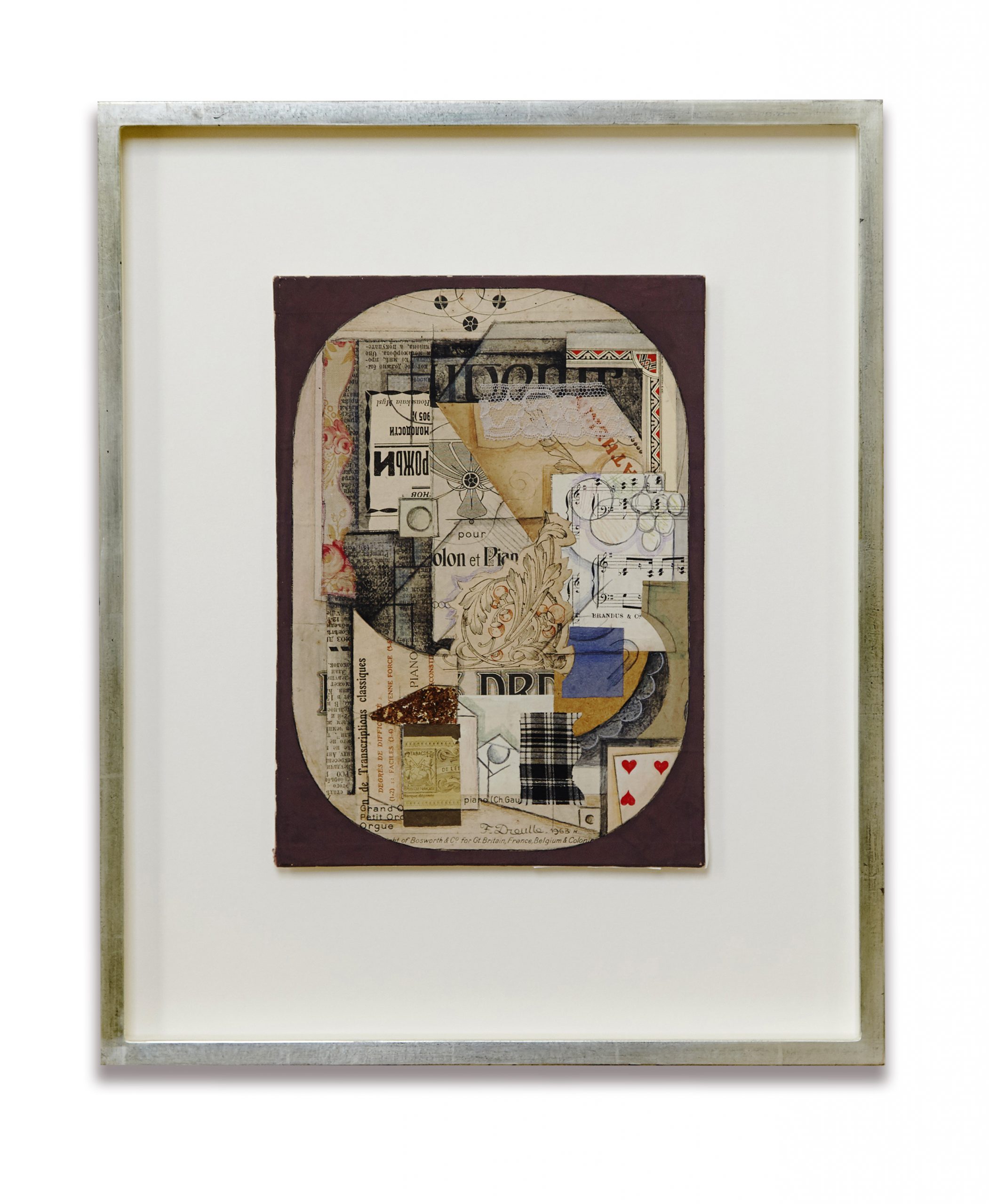 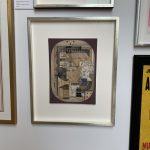 Born in Bethune in the Pas de Calais, François Dreulle is a French painter, watercolourist, illustrator and designer. Initially trained as an engineering draftsman and cabinet maker, in the early 1960s he moved to Paris where, as well as creating puppet and stage sets for the theatre, he dedicated himself to fine arts. His is a playful universe full of strange objects and eccentric characters; his painting style has been compared to that of Paul Klee, Alfred Schulze (‘Wols’) and Hans Reichel. But it is for his meticulous, crafted collage work in the 1960s and 70s for which he is best known. Kurt Schwitters (1887-1948) famously conceived the idea of Merz* (creating compositions from fragments of everyday ‘rubbish’) in 1918 as his own category of Dada but Dreulle’s work refined the genre further, transforming it from mischievous statement to a consummate form of art.