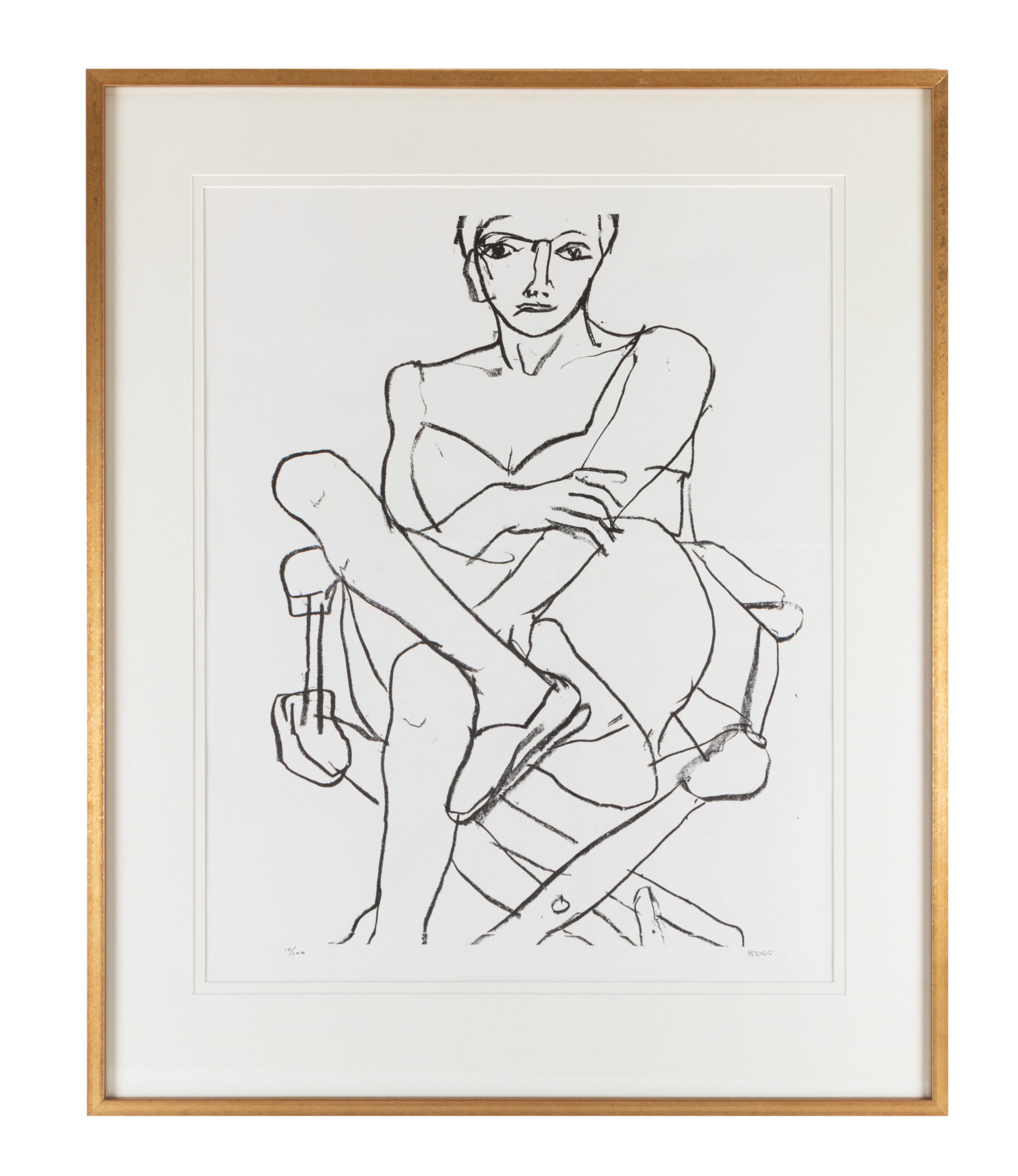 Lithograph on wove paper, signed with initials, dated and numbered 10/100 in black ink, published by Original Press, San Francisco, with their blindstamps.

Revered as one of the great post-war masters in his native United States, Richard Diebenkorn is an artist whose staunchly independent career journeyed from abstraction to figuration and back again. Considered a quintessentially Californian artist, he is best remembered as a founding member of the Bay Area Figurative Movement, along with David Park and Elmer Bischoff.
Born in Portland, OR, he grew up in San Francisco and went on to study art history at Stanford University. Attracted by the works of Edward Hopper and Willem de Kooning, he first painted in realist style during the early 1940s, then in the gestural manner of Abstract Expressionism.

By the mid-1950s, his focus had changed back towards painting directly from observation in a manner similar to that of Henri Matisse. Diebenkorn’s focus on figuration lasted until the late 1960s, when he embarked on a new series employing abstracted geometric forms. Today, the artist’s works are held in the collections of The Museum of Modern Art in New York, the National Gallery of Art in Washington, D.C., and the Los Angeles County Museum of Art, among others.