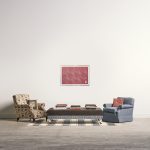 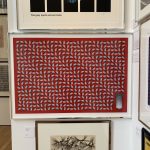 A sculptor whose work extends into photography, film and painting, Jason Shulman’s work is frequently occupied with themes of analgesia, loss and the delusiveness of perception. Utilising optics and other simple scientific methods, he brings an atmosphere of experimentation to his absorbing photographic prints, pen-and-ink and mixed-media works, exposing the falsehoods that underpin our everyday experience of the physical world.

Jason lives and works in London.