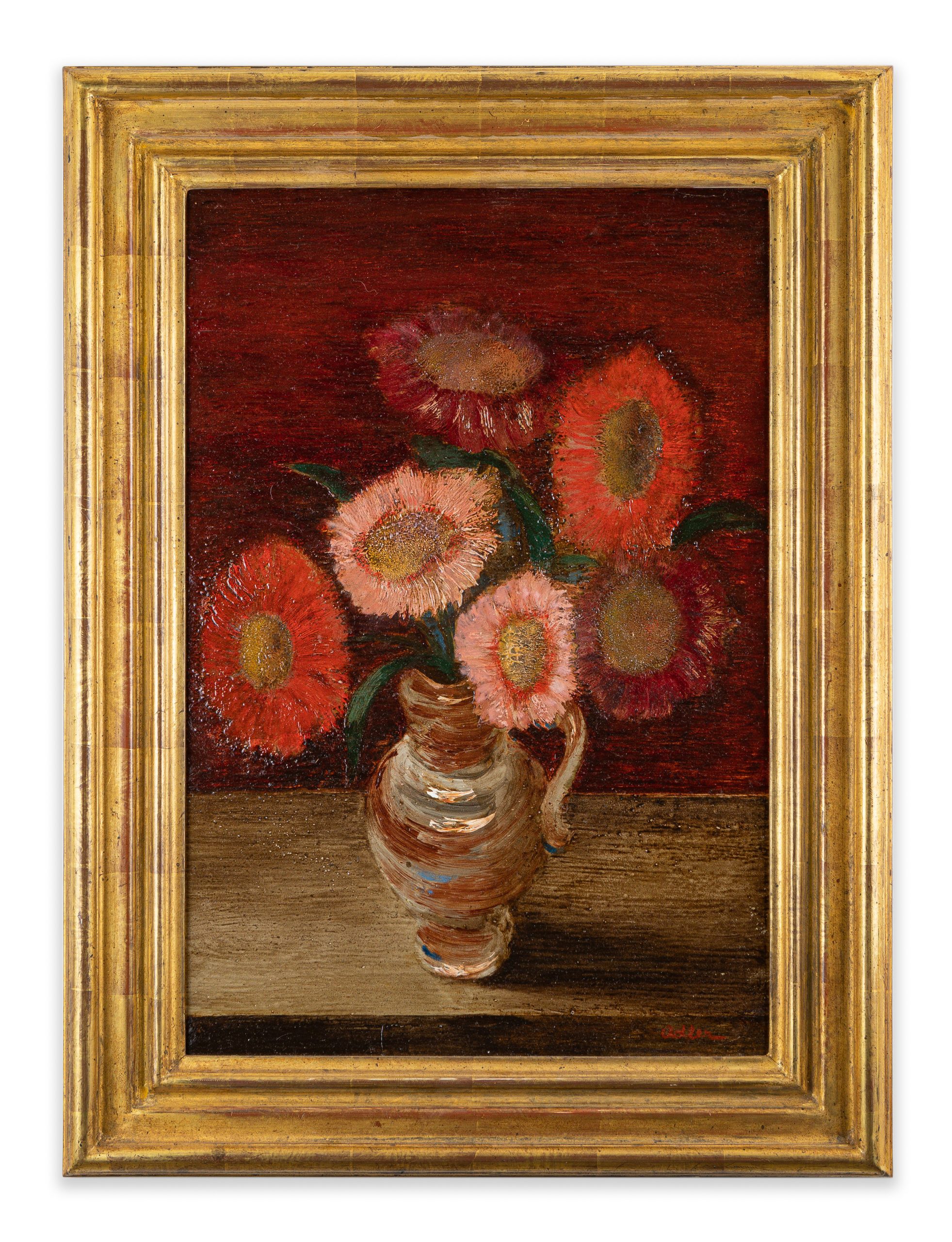 Oil on card laid to board; signed bottom right
Newly-framed as pictured

Jankel Adler was born in Lodz, Poland, and studied at the School of Applied Arts in Barmen (now Wuppertal). He made frequent visits to Germany, settling in Düsseldorf in the early 1920s where, together with his friends Otto Dix and Paul Klee, he became a leading figure in the anarchic modernist scene. However, the increasing power of the Nazis (25 of his paintings were seized from collections and displayed by the regime as ‘Degenerate Art’) arrested his stellar trajectory and forced his emigration to Britain where he joined the Polish Army and was later evacuated from Dunkirk. He lived for a time in Glasgow, later moving to London where he greatly influenced a number of post-war British artists before famously settling at Whitley Cottage in Aldbourne, near Marlborough where, having been denied British citizenship, he died a broken man. Thwarted during his life by serial upheaval and tragedy, he is now becoming recognized as a major figure in the story of modern art. Jankel Adler’s work has been offered at auction multiple times, the record price being $393,750 USD for The Artist, sold at Christie’s New York in 2013.