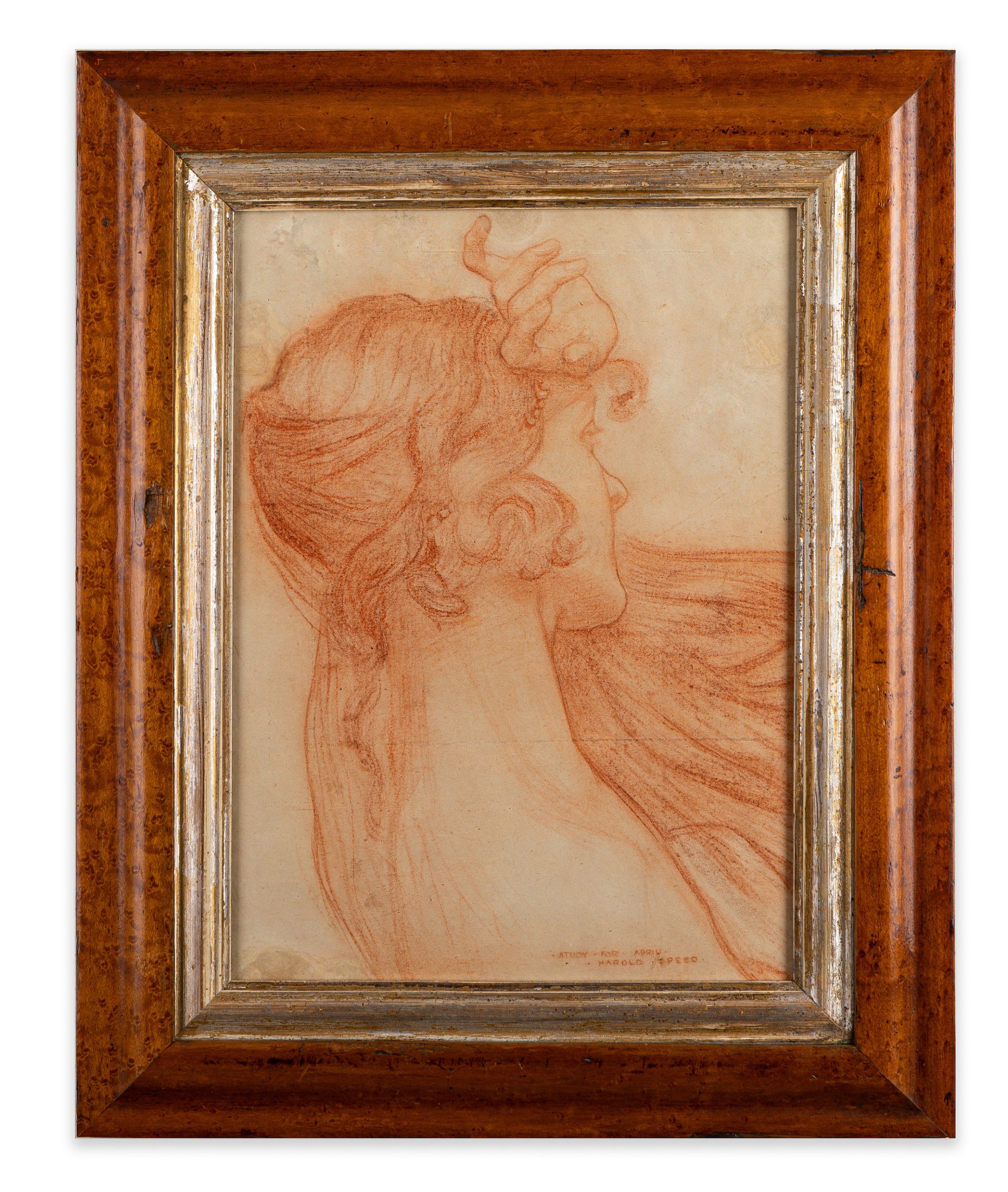 Harold Speed was an English portrait and landscape painter, and writer on art. Initially studying architecture at the Royal College of Art in 1887, he turned to painting, and won a gold medal for life school studies in 1890. He continued his training at the Royal Academy Schools from 1891 to 1896, where in 1893 he was awarded a gold medal and a travelling scholarship that took him to Belgium, France, Italy and Spain. He exhibited his work at the Royal Academy for fifty years from 1893, and became a Member of the Royal Society of Portrait Painters 1895. He was the author of a number of books on art including The Science and Practice of Drawing (1913), The Science and Practice of Oil Painting (1924) and What is the Good of Art? (1936). Harold Speed’s work has been offered at auction multiple times, the record price being $47,802 USD for The Vale of Leutha, sold at Christie’s London in 2004.