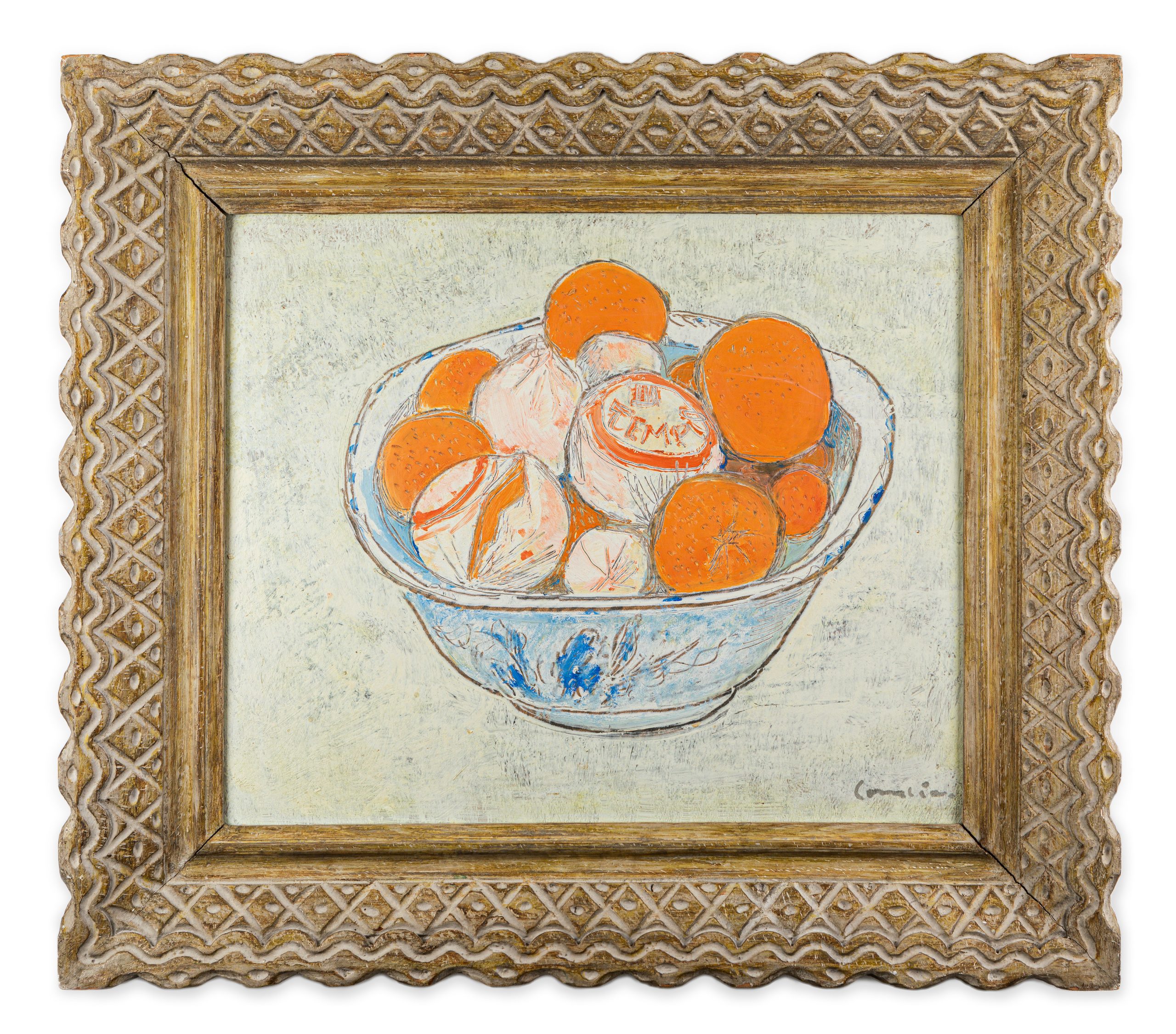 Oil on board; signed bottom right
Framed in a signed Emile Bouche frame.

Cornelia Forster was a Swiss artist known for the extraordinary range and versatility of her work. Encompassing painting, sculpture, collage, scenography, illustration, graphic and textile design throughout a seventy year career, few 20th century artists displayed such virtuosity and flair across such a wide spectrum of artistic disciplines. Encouraged by her father in the visual arts from a young age, she moved from her native Zurich to Paris in 1927 to attend the school of post-cubist André Lhote and the Academy of the Grande Chaumière. Inspired by Swiss and Czech sculptors, Karl Geiser and Franz Fischer (the latter became her husband in 1928), she took up sculpture and in 1935 she obtained a scholarship for a stay in Rome at the German Academy. She soon returned to Zurich however due to ‘the unsavoury diet of fascist propaganda’, and illustrated the Poésie Graphique and Couramma by Friedrich Glauser in 1940. After the war, she studied techniques in tapestry in André Lurçat’s atelier in Saint-Céré in France, before having her first major exhibition in Milan at the Movimento Arte Concreta in 1952 for which she received international acclaim. She settled permanently in Ticino, Switzerland in 1955. A woman of immense charm and vivacity, she continued working up until her death in 1990. She was given much-feted retrospectives in Morbio Inferiore in 1974 and in 1977 at the Kunsthaus in Zurich.

This painting is framed in a signed Emile Bouche frame.