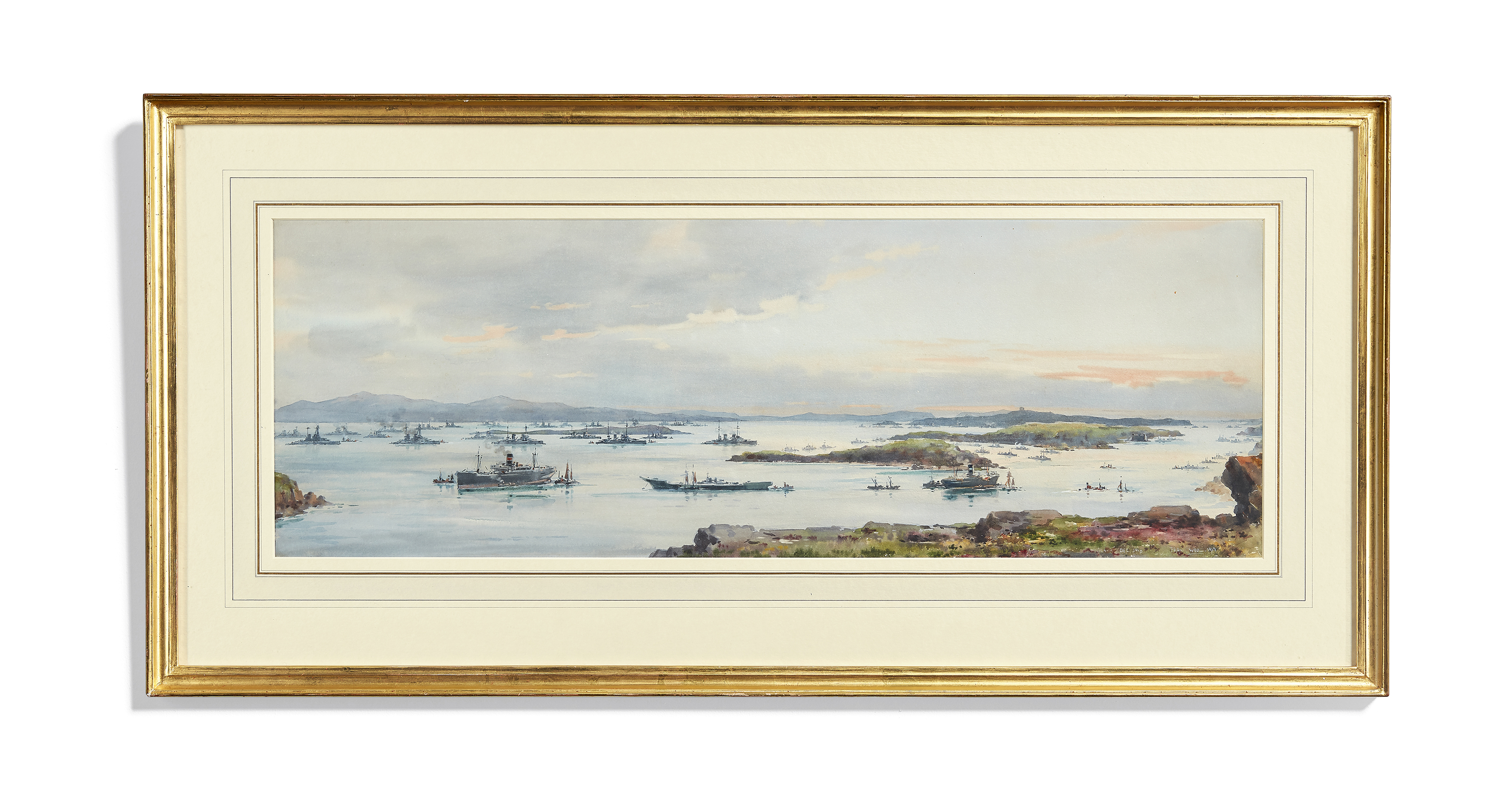 Under the terms of the Armistice of 11 November 1918, The German High Seas Fleet was interned at the Royal Navy base at Scapa Flow in the Orkney Islands whilst negotiations took place over the fate of the ships. Seventy-four vessels, under the command of Rear-Admiral Ludwig Von Reuter were surrendered there between 25-27 November. Having learned in May 1919 of the possible terms of the Treaty of Versailles (that the German fleet would be shared out between the victorious powers), Reuter began to make plans to scuttle his ships. Despite many warnings and the oft-repeated intentions of the custodial commanders, the British failed to thwart him and at 11.20am on 21 June 1919, seacocks, flood valves and portholes were opened and internal water pipes smashed. The German sailors abandoned ship. Intervening British guard ships were able to beach a number of the listing vessels, but 52 of the 74 sank. Many of the wrecks were salvaged over the next two decades and were towed away for scrapping. Those that remain are popular diving sites.

In December 1918, together with the well-known watercolourist W. L. Wyllie, Frank Watson Wood* was invited by Admiral Sir Charles Madden on board H. M. S. Queen Elizabeth to bear witness to the surrender. He made several sketches of German ships prior to their consignment to the deep. These sketches formed the basis for this historic painting.

*Frank Watson Wood was born in 1862 in Berwick-on-Tweed.  A painter of shipping he studied at The Berwick School of Art and in South Kensington & Paris. In 1886 he was appointed Second Master at Newcastle School of Art and during 1889-1899 he was Headmaster of White School of Art.  In 1900 he went to Portsmouth and painted naval subjects, accepting many commissions from naval officers for portraits of their ships and of naval exercises. He exhibited at the Royal Academy and the Royal Society of Arts in Edinburgh where he lived. He accompanied King George VI and Queen Elizabeth on their Canadian tour in 1938. He was known for his watercolours of sailing ships and various battleships, and he also painted ‘wet’ watercolours of the Highlands and Borders. He died in Strathyre, Perthshire, in 1953. Examples of his work are held at the Greenwich Naval Museum and The National Maritime Museum in Greenwich holds a collection of his work.