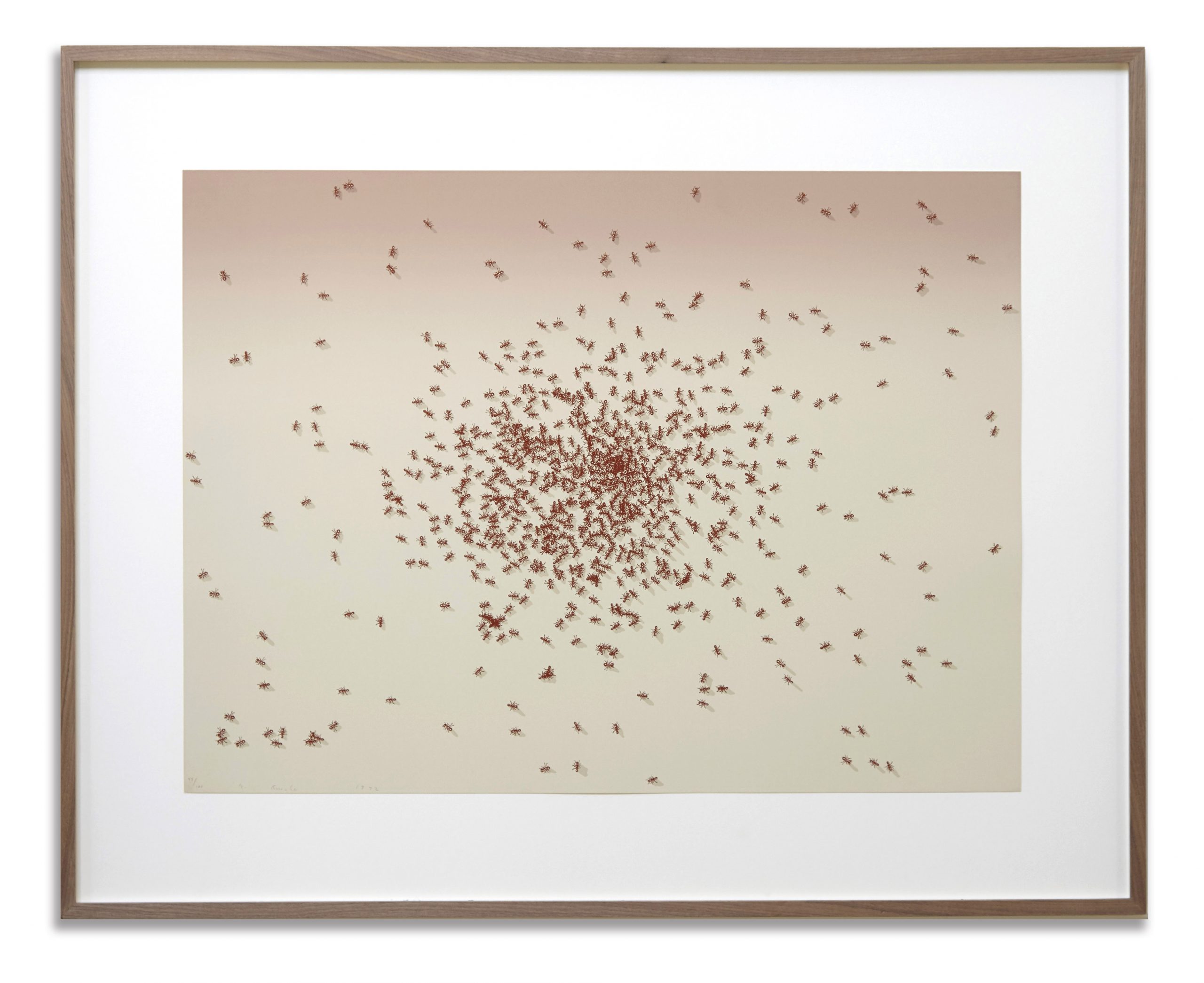 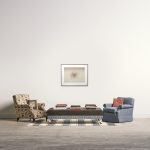 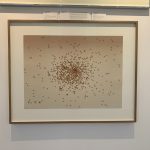 Screenprint in colours; signed, dated and numbered from the edition of 100 in pencil, on Fabriano Classico paper, from 'Insects', published by Multiples Inc., New York.
Newly-framed in unvarnished walnut

Born in Omaha Nebraska, Edward Joseph Ruscha IV’s exploration of language and American West Coast culture centred on Hollywood has made him one of the pre-eminent artists of his generation. Since the early 1960s he has channelled his fascination with words into books, printmaking, drawing and painting. His work has much in common with Pop Art, but while Ruscha’s carefully planned paintings and drawings draw on popular references and mass media, his playful use of irony, paradox and absurdist juxtapositions have set him firmly apart from any movement.

Now in eighty-third year, Ruscha is represented by 33 of his works in the permanent collection of the Museum of Contemporary Art, Los Angeles; the San Francisco Museum of Modern Art owns 25 Ruscha paintings, works on paper, and photographs; and the Hirshhorn Museum and Sculpture Garden has 21 Ruschas in its permanent collection.