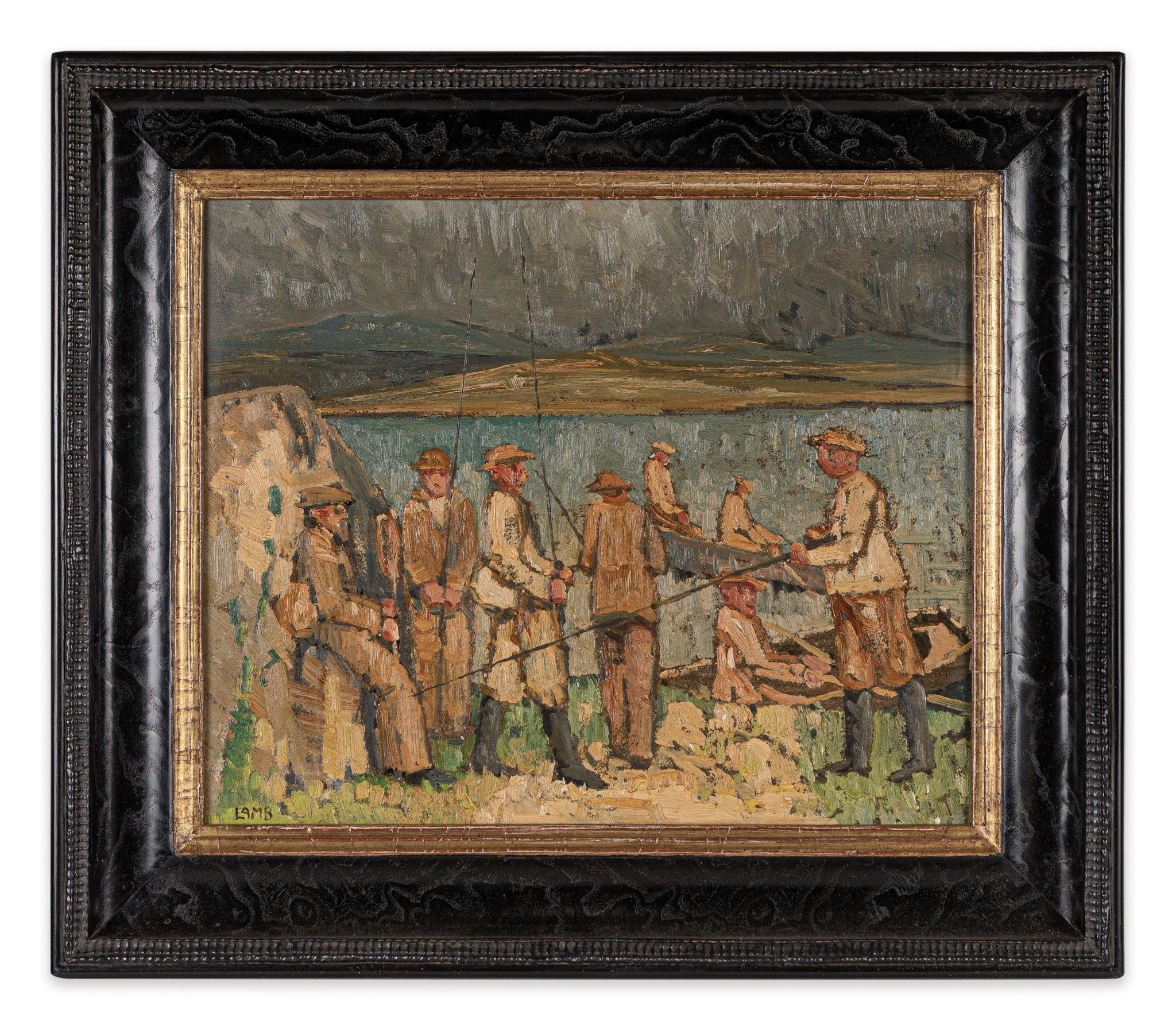 Born in Portadown, Armagh in 1893, Charles Vincent Lamb initially followed his father’s trade as a house painter but attended evening classes at Belfast School of Art. After gaining a scholarship to Dublin’s Metropolitan School of Art, 1917-21, where he won gold and silver medals, Lamb settled in Carraroe, County Galway, where he lived simply and became noted for his studies of peasant life. In the mid-1930s he built a house at Carraroe and ran a summer painting school there. He was a member of RHA and RUA and exhibited widely in Ireland and abroad, including RA, America – including Olympic Art Exhibition, 1932, in Los Angeles – and was given a show by CEMA in Belfast in 1947. The Municipal Gallery of Modern Art held a memorial show in 1969. Ulster Museum and most Irish public collections hold examples of his work. Lamb’s work has been offered at auction multiple times, the record price being $55,757 USD for The Turf Cutter, sold at James Adam & Sons in 2008.