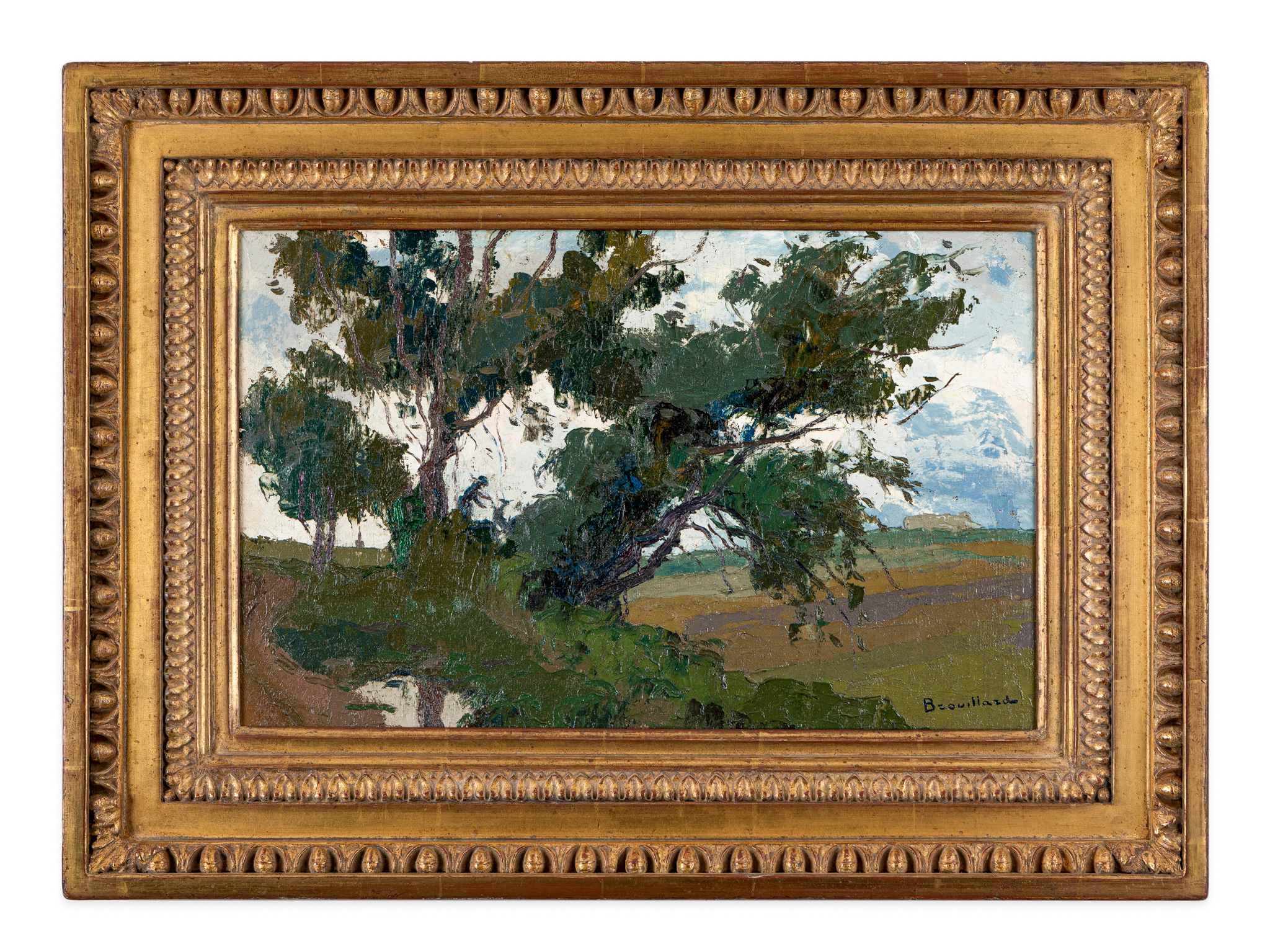 Born in Lyon, Eugène Brouillard was a highly independent French painter whose style – at times post-impressionist, fauvist or even abstract expressionist – defied the categorisation of his time. Physically-impaired as a child by acute coxalgia, he took to drawing as a consolatory diversion. Initially studying lace design and then trained as a draughtsman, Brouillard took up painting in earnest in the 1890s. Though inspired by the work of painters such as Corot, Puvis de Chavannes, Paul Signac and Théodore Rivière, he resisted contemporary trends preferring to discover the possibilities of the medium for himself. Exploring a range of approaches and techniques, his spontaneous use of thick brushes and a palette knife proclaimed a radical abstract sensibility. In 1903, he helped create the Salon d’Automne de Lyon and he went on to exhibit in Paris throughout the first decades of the 20th century.

Brouillard’s work has been offered at auction multiple times, the record price being 14,442 USD for Bord de Riviere sold at Aguttes, Lyon in 2011.