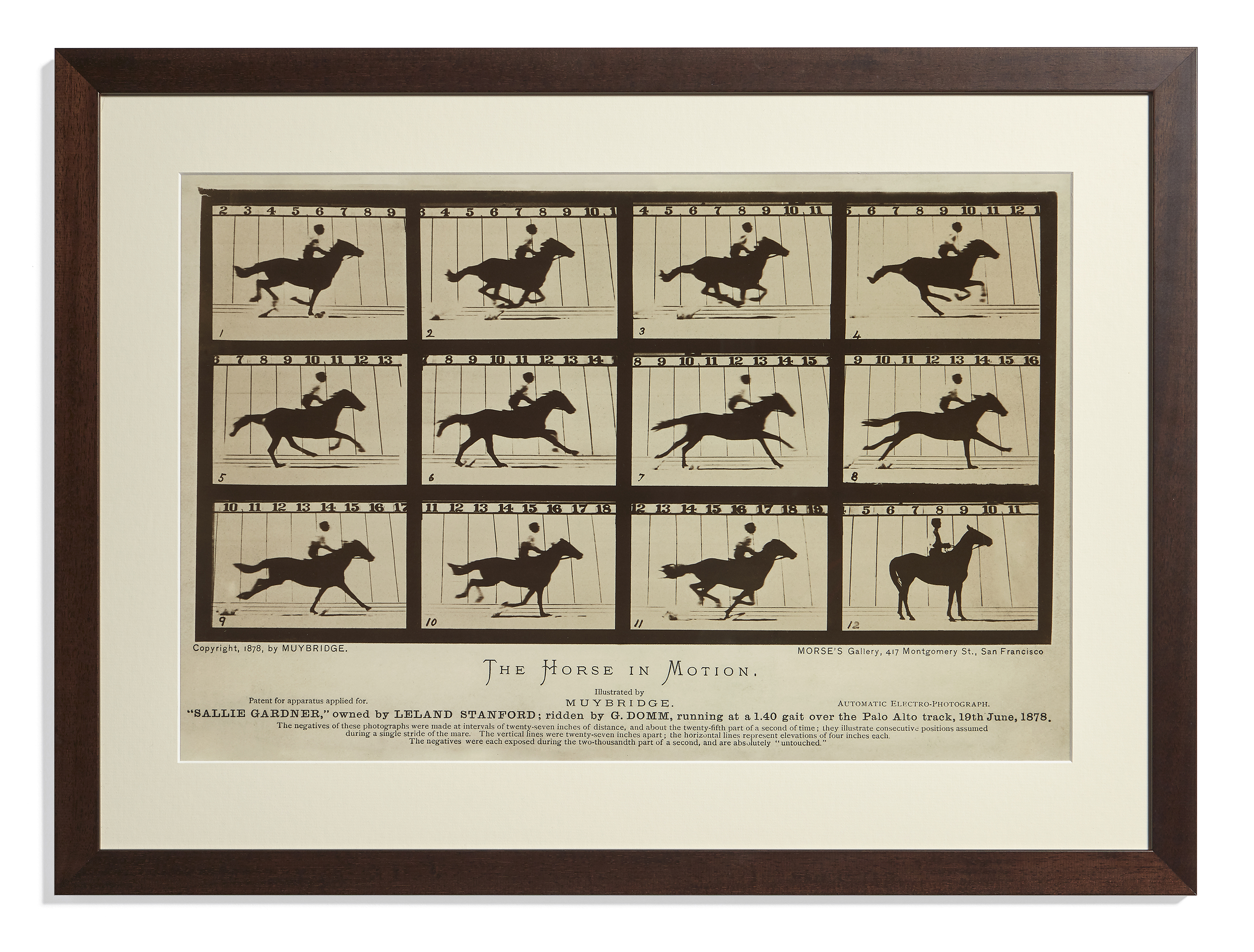 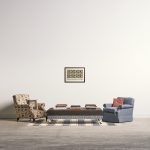 Eadweard Muybridge (born Edward James Muggeridge) was an English-American photographer important for his pioneering work in photographic studies of motion and early work in motion-picture projection. He adopted the first name Eadweard as the original Anglo-Saxon form of Edward, and the surname Muybridge, believing it to be similarly archaic.

In 1872 Muybridge was famously called upon to prove whether a galloping horse lifts all four hooves off the ground at one point in its sequence of motion. Some already suspected that this was so, but the key moment was too fleeting for the human eye to see. Muybridge’s experiments initially took place at the Sacramento racetrack, and were funded by the former Governor of California, Leland Stanford. As the owner of many thoroughbred racehorses, Stanford wanted to understand the physiology of a horse’s movement to inform his breeding and training programmes. Given the limitations of photographic processes at this date, Muybridge’s first results were unpublishable.

But when he returned to address this challenge in 1877 (three years after he had shot and killed Major Harry Larkyns, his wife’s lover, and been acquitted in a jury trial on the grounds of justifiable homicide), first working in San Francisco and then at Stanford’s Palo Alto stock farm, he refined the available methods of instantaneous photography, introducing specially designed equipment that worked at faster speeds. By 1878 he was photographing horses in motion using batteries of cameras, their shutters triggered by the horse’s movement over trip wires. The results, recorded on 19 June with the help of horse Sallie Gardner and jockey G.Domm, were a technical and conceptual breakthrough. In their published form they laid out the span of time captured by the cameras as sequences of stop-motion images unlike anything that had been seen before.


If you would like to buy this picture (or see some more photographs), arrange a viewing or if you would just like to get in touch, then please call 01608-658003 or email [email protected]ck.com