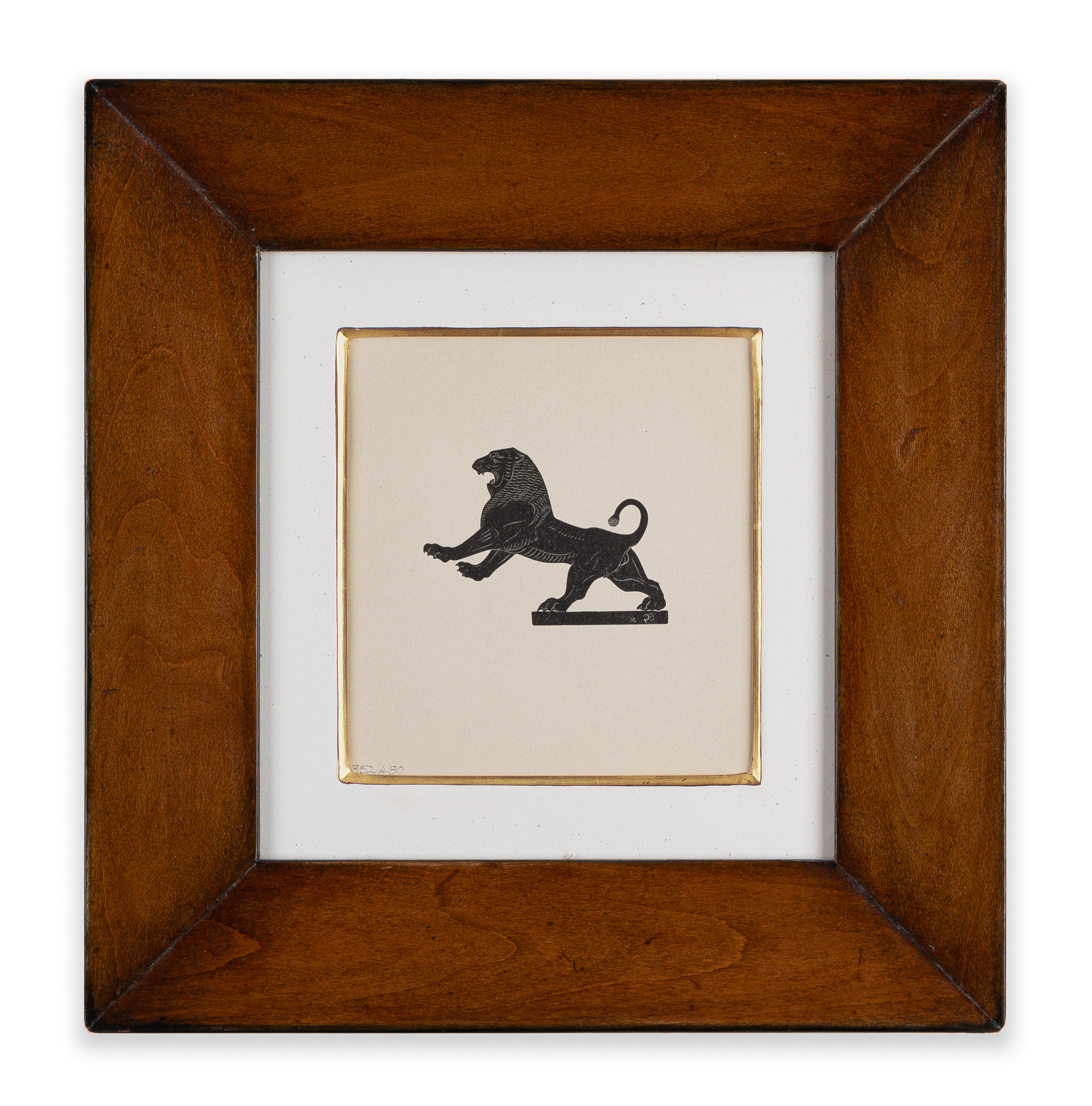 Arthur Eric Rowton Gill was an English sculptor, engraving artist, typographic designer, and author. He was a major figure affiliated with the Arts and Crafts movement. Originally from Sussex, Gill was a student of Chichester Technical and Art School before relocating to London to pursue a career in architecture. However, he was unsatisfied with his architectural training and eventually quit architecture altogether to be a calligrapher, letter-cutter and monumental mason. He set up his studio in Ditchling in Sussex and started his career as a sculptor in 1910. One of the most prominent artists of his time, he received the Royal Designer for Industry accolade, which was the highest and most prestigious British award for designers, from the Royal Society of Arts. Furthermore, he was one of the founder-member of the newly-founded Faculty of Royal Designers for Industry. In 1913, Gill embraced Catholicism and started predominantly accepting commissions from Catholic clients. Despite his faith, a significant portion of his artwork was thematically erotic. In 1989, nearly five decades after his death, biographer Fiona MacCarthy revealed his sexual abuse of his daughters, sisters, and dog.