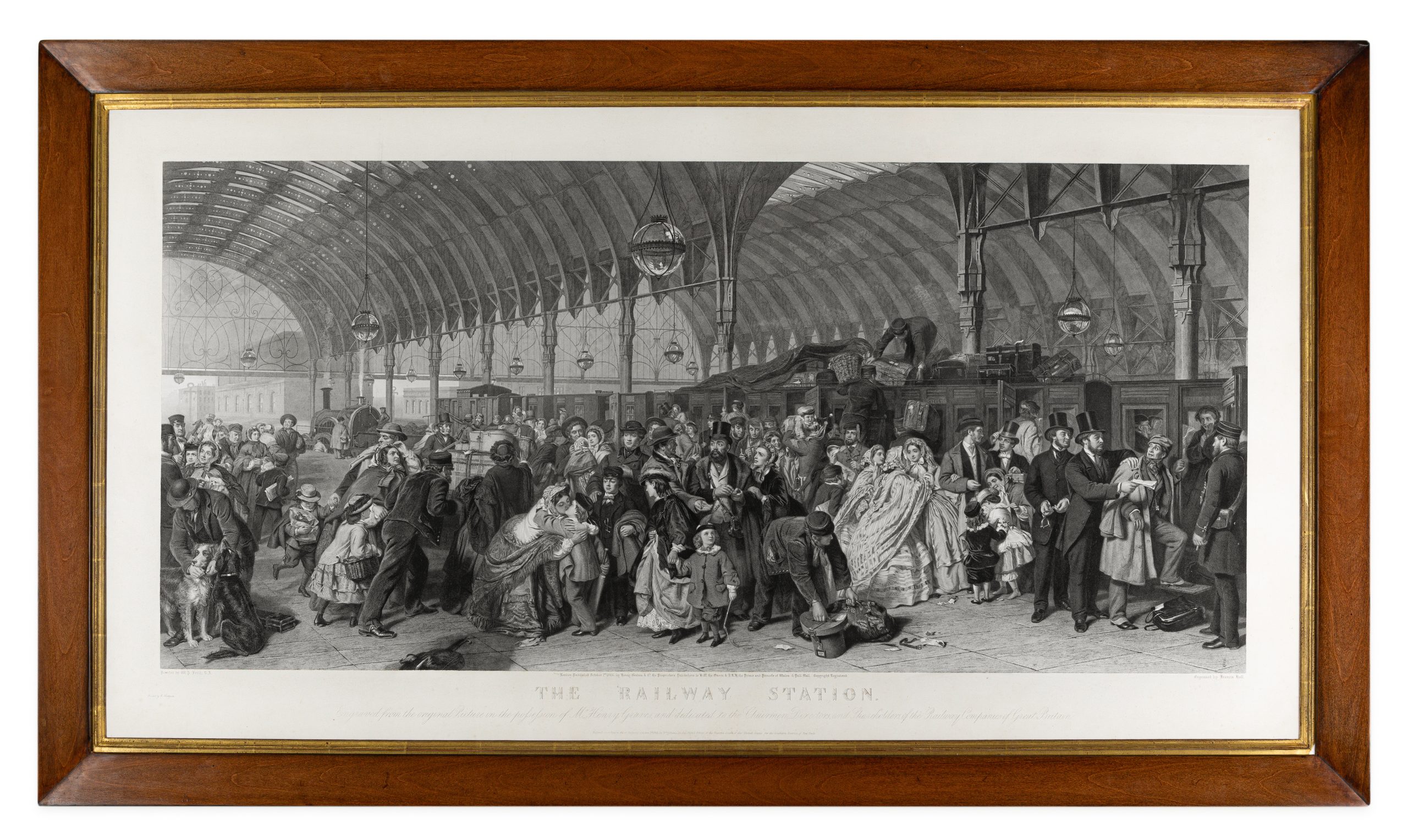 William Powell Frith (1819-1909) was one of the greatest painters of nineteenth-century life and his teeming panoramic views, including Ramsgate Sands and Derby Day broke new ground with their depictions of a diverse contemporary crowd. Frith’s famous 1862 painting The Railway Station was set in Brunel’s London’s Paddington Station, completed a decade earlier. The painting took a year to complete. The scene takes place on the platform, a large and disparate group of people are assembled preparing to board the train. Frith and his family appear as the group in the left foreground, with his wife kissing the couple’s younger son goodbye. He clutches a cricket bat and is presumably off to school for the summer term. Frith and his elder son stand behind. Beside them is a bearded man in a fur coat, modeled on a Venetian refugee nobleman, who had given lessons in Italian to Frith’s daughters. He is arguing over his cab fare. Then comes a bride, bridegroom and two bridesmaids. On the right an arrest is being made, the Scotland Yard detectives were modelled by the artists John Brett and Benjamin Robert Haydon, re-enacting a well-known episode at the time. In what the Art Journal called ‘one of the boldest speculations even in this speculative age’, The Railway Station was bought in 1862 by the celebrated London dealer Louis Victor Flatow for £4,500 (approx. £266,000 in 2018), with a £750 bonus for keeping it out of the Royal Academy exhibition. The endeavour was an immense success, with 83,000 people filing through Flatow’s gallery to inspect the painting, at a cost of 1 shilling per person. The painting subsequently went on to tour the provinces, as well as appearing at international exhibitions in Philadelphia and Paris, where it caused a similar sensation. Auguste Blanchard was one of the pre-eminent French engravers of the time. William Powell Frith’s work has been offered at auction multiple times, the record price being $782,222 USD for The Derby Day; the first study for Frith’s famous painting sold at Christie’s London in 2011.