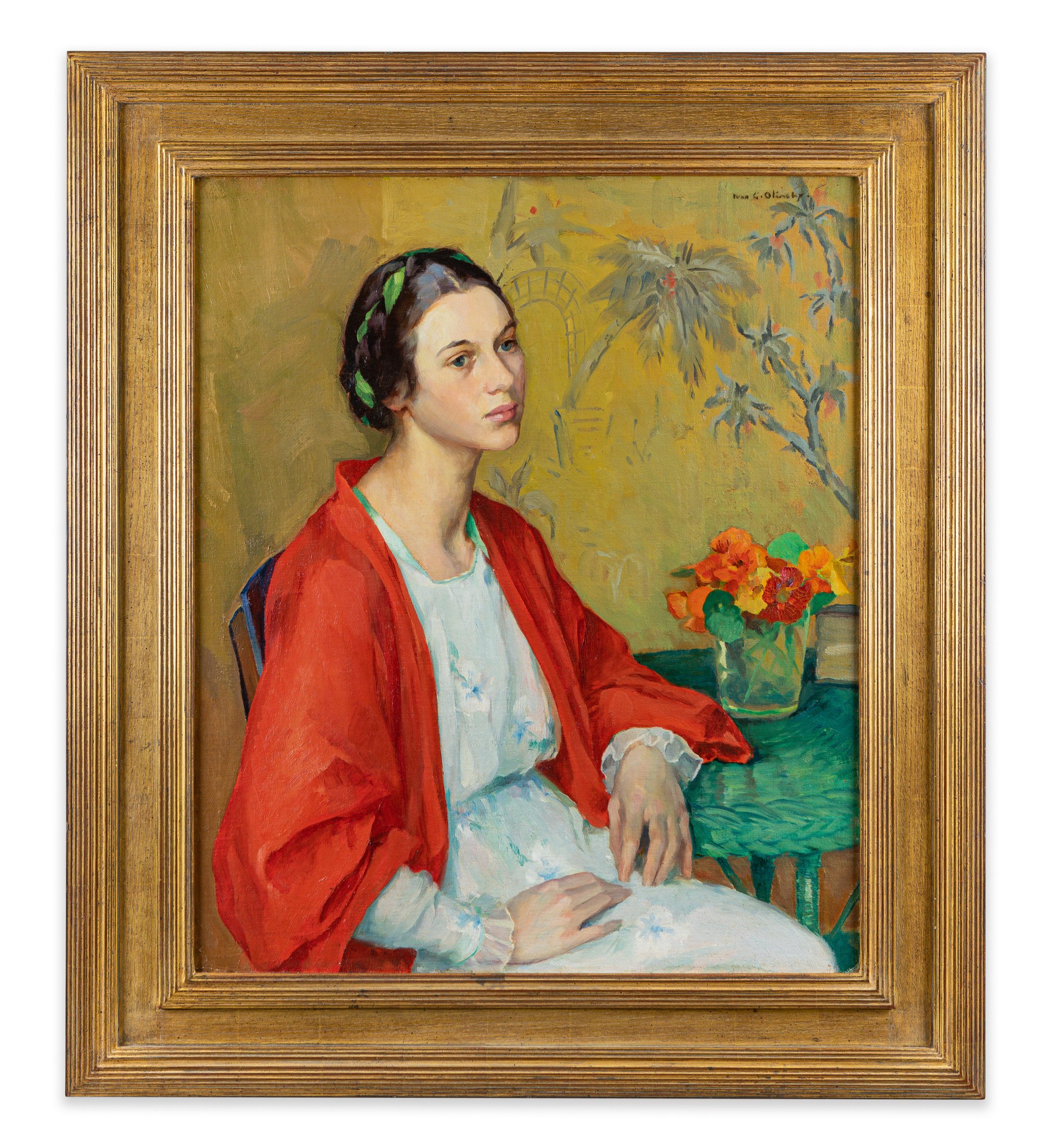 Ivan Gregorewitch Olinsky (1878-1962) was a Russian-American painter, born in Elizabethgrad, Russia (now Kirovohrad, Ukraine). After immigrating to the United States at the age of twelve he studied at the National Academy of Design, then worked for the American muralist George Willoughby Maynard and then for John La Farge in Boston until about 1906. A student of John Singer Sargent (1856-1925), Olinsky became best known for his female portraits in a style that tended towards Impressionism. He was granted full membership in the National Academy of Design in 1919 and was awarded the coveted Carnegie Prize in 1929. Though hugely successful in his time and comparable in skill to the likes of Guthrie, Lavery, McEvoy, de Laszlo and Sargent, Olinsky never enjoyed the same critical attention of his better-known peers on account of the strange absence of solo exhibitions during his lifetime. Vivien Raynor recently offered an explanation in the New York Times: ‘Modesty, lack of ambition, life as a career portraitist — any one of these could have prevented the painter from exhibiting alone. More likely, though, it was a matter of demand exceeding supply. In her catalogue essay, Hildegard Cummings of the Benton Museum notes that there were times when Olinsky was unable even to participate in a group, because everything in his studio had already been sold.’ Ivan Gregorovitch Olinsky’s work has been offered at auction multiple times, the record price being $42,250 USD for La Fête, San Marc, sold at Gene Shapiro Auctioneers in 2020.