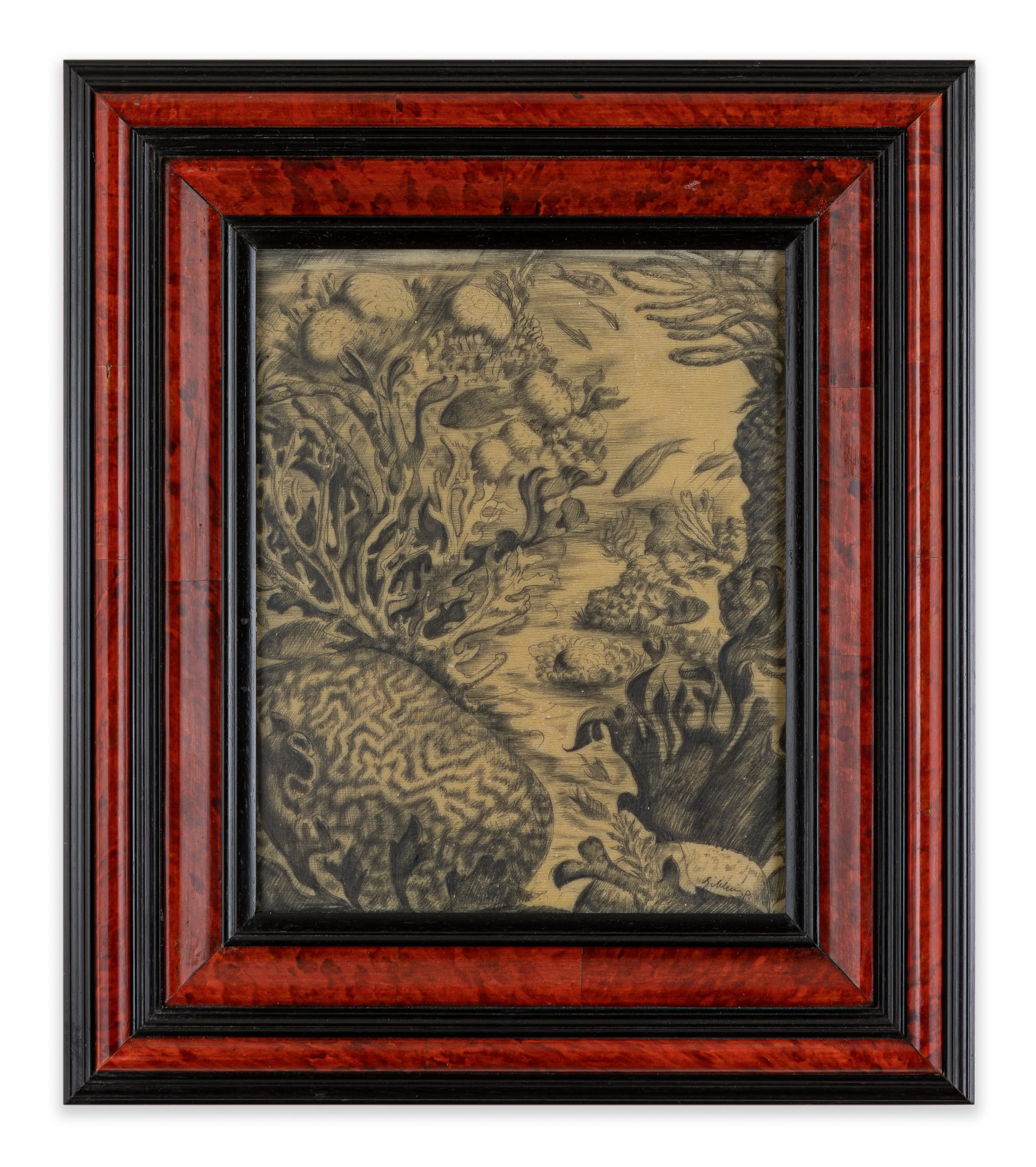 Pencil on xylonite drawn by the artist 20 feet below the surface of the ocean; signed lower right
Newly-framed as pictured

Robert Gibbings was an Irish artist and author who played a vital role in the revival of wood engraving in the twentieth century. Born in Cork, he overcame opposition from his family to study at the Slade and the Central School of Art and Design. During the First World War he served in the Royal Munster Fusiliers and was wounded at Gallipoli before eventually being invalided out of the army in 1918. In 1920, he was a founder member alongside Eric Gill, Gwen Raverat and John Nash of the Society of Wood Engravers and owned and ran the Golden Cockerel Press from 1924-1933. Gibbings illustrated numerous books on travel and natural history, including Charles Darwin’s ‘Voyage of HMS Beagle’, and wrote a series of bestselling river books, notably ‘Sweet Thames run Softly’.He did a huge amount to popularise the subject of natural history, travelling extensively through Polynesia, Bermuda and the Red Sea to gather inspiration for his work.He was the first man to draw underwater – the illustrations of which filled his Penguin classic ‘Blue Angels and Whales’ – and was one of the first natural history presenters on the BBC. He is buried in the village of Long Wittenham, on the banks of the River Thames.

This picture was drawn on xylonite (a type of plastic or celluloid that resembles amber, coral, or tortoiseshell and is used in jewellery, combs and other objects) by the artist 20 feet below the surface of the sea.