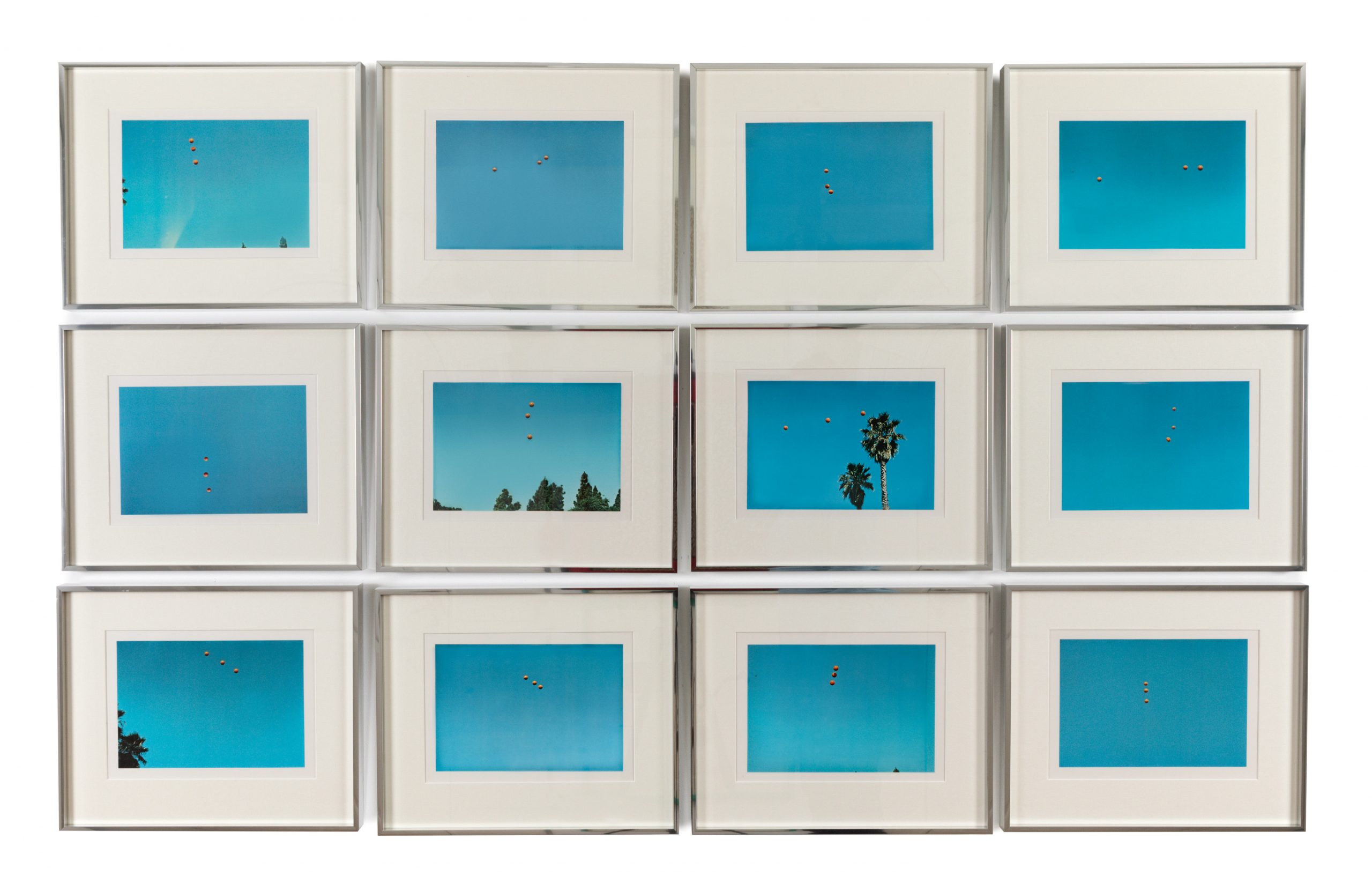 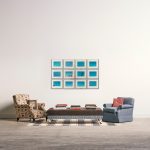 Considered one of the founders of conceptual art, John Baldessari was a hugely innovative force in contemporary art. Initially trained as a painter, Baldessari began experimenting with text and photography and incorporating them into his work in the mid-1960s, evolving his practice through the 1970s into printmaking, film, books, sculpture and installation. He developed a body of work that demonstrated and disclosed the narrative potential of images and their associative power with text and language. For this work, Baldessari threw three balls at once, trying to line them up in mid-air, while his then-wife, Carol Wixom, took pictures. Although he endeavored to make each attempt identical, no two photographs are the same due to unavoidable differences in his technique and uncontrollable variables such as changes in wind speed. Baldessari made thirty-six attempts – the number of exposures on a standard 35 mm film roll—and chose the twelve shots he considered most successful. Through this process, he documented the unbridgeable divide between the conception of an artistic idea and its execution, which is inevitably affected by the vagaries of chance.

Baldessari’s works are part of major public and private collections, including the Art Institute of Chicago, Museum of Modern Art, the Guggenheim Museum, the Los Angeles County Museum of Art, the Hirshhorn Museum and Sculpture Garden and the Broad Collection.