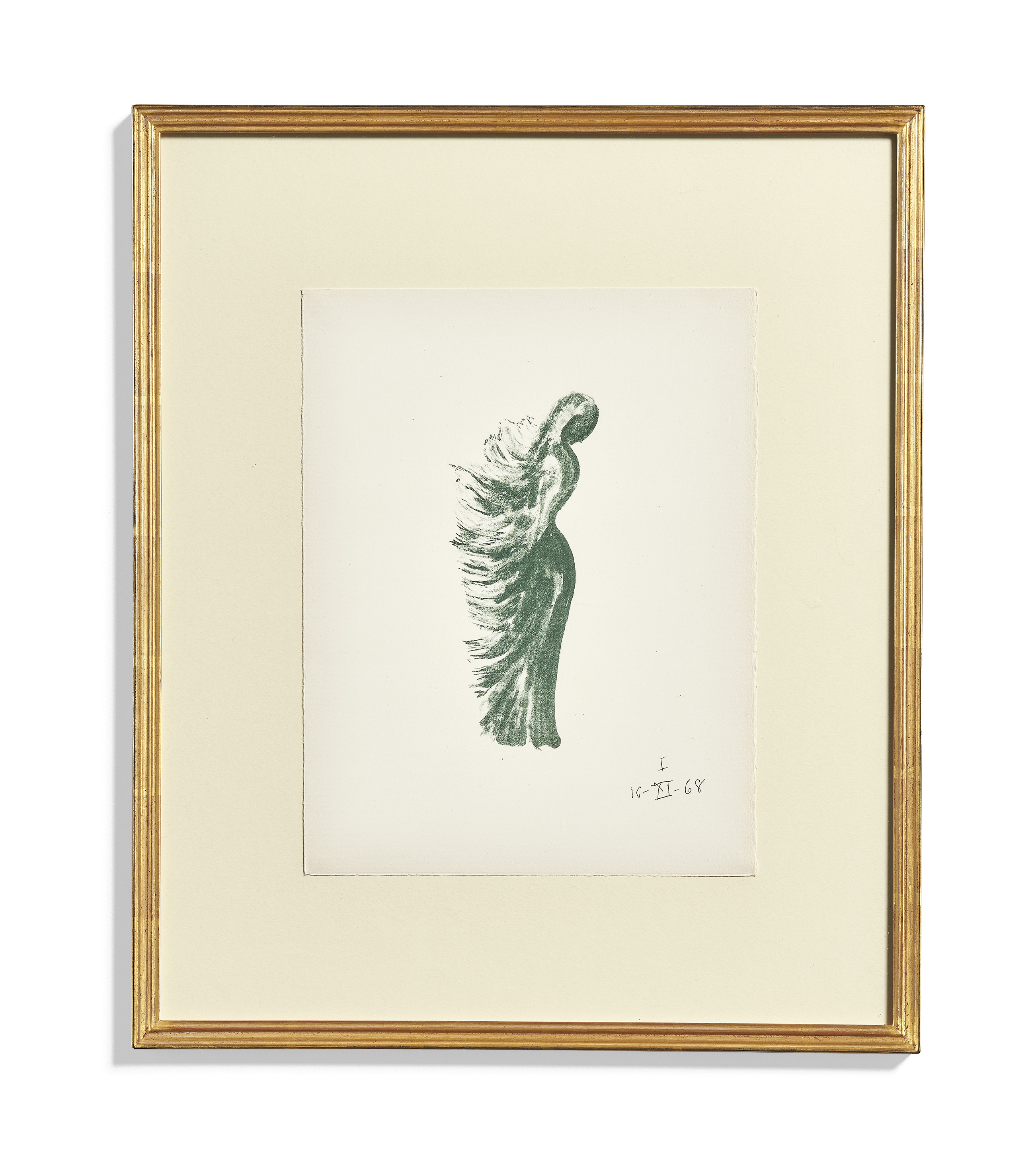 Born in Barcelona, the sculptor Apel Les Fenosa founded at the tender age of eighteen – together with three other Catalan sculptors – a group known as “The Evolutionists”, all desiring to overcome the artistic proposals of Modernism.  In 1921 he moved to Paris where he would forge the most influential relationship of his life with Pablo Picasso (1881-1973). It was Picasso who persuaded Fenosa to persevere as an artist. He said later: ‘I could have died having accomplished nothing. I am alive thanks to Picasso. He was a witness to my birth, I owe everything to him.’ (Picasso, in his turn, described Fenosa as ‘my son from an unknown mother.’) Picasso was to become the leading collector of Fenosa’s work.

Returning to Paris in 1929, Fenosa was caught up by the Spanish Civil War in which he was active on the Republican side. Forced into exile by the Francoists victory, he returned to France where he stayed until his death, famously creating – in 1944 – the “Monument aux Martyrs d’Oradour-sur-Glane” (presently in Limoges) to commemorate the Nazi atrocities there. After the war, he exhibited individually or collectively in Paris, London, Barcelona, Madrid, Prague, New York, Tokyo, Osaka, Casablanca and Carrare, the exhibitions being prefaced by the most famous writers and poets of his time (who singled out Fenosa as their chief artistic inspiration), including Paul Eluard, Jean Cocteau, Jules Supervielle, Josep Carner, Alexandre Cirici-Pellicer, Francis Ponge, Pablo Neruda, Michel Cournot, Roger Caillois and Salvador Espriu.

In 1981, UNESCO charged him with creating a sculpture to be awarded every year to the laureate of the Unesco Prize for Peace Education. Fenosa created the “Olive Tree”, symbol of peace and attribute of the poet. In 1982, he received the Gold Medal of the Government of Catalonia, in 1983 the Legion d’Honneur and in 1987 the Gold Medal of Barcelona.

Large retrospectives of Fenosa’s work were held in Madrid (National Library, 1979), Paris (Rodin Museum, 1980) and Barcelona (Palau de la Virreina, 1983-84) and a major exhibition Picasso and Fenosa, commemorating the work and friendship of the two men was held between Barcelona and New York in 2016.

*Tramontane is a classical name for a northern wind. The exact form of the name and precise direction varies from country to country. The word came to English from Italian tramontana, referring to the Alps in the North of Italy. The word has other non-wind-related senses: it can refer to anything that comes from, or anyone who lives on, the other side of mountains, or even more generally, anything seen as foreign, strange, or even barbarous.