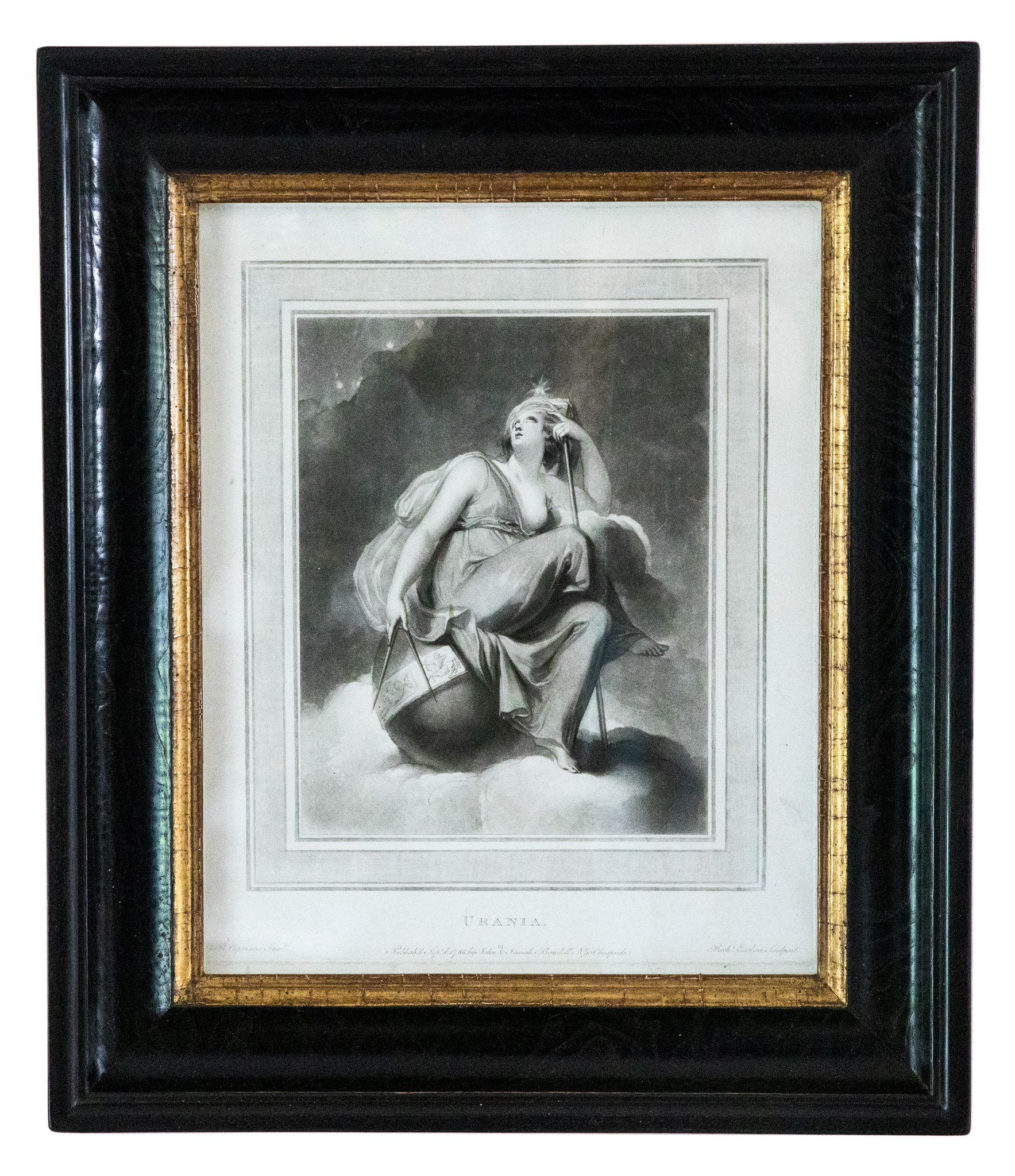 A Founder Member of the Royal Academy of Arts, Italian painter and engraver Giovanni Battista Cipriani was noted for his historical paintings and murals and especially for his pen and ink drawings. He was one of the first exponents in England of neoclassicism and played an important part in directing 18th-century English artistic taste. He is most famous for designing the interior of the RA’s first home at Somerset House and adorning the panels of the Gold State Coach for George III, used for the coronation of every British monarch since. One of the greatest mezzotint and stipple engravers of his day, Richard Earlom was apprenticed to Cipriani and studied at the St Martin’s Lane Academy. He won many prizes for his drawings and engravings. In 1774, he began work for John Boydell for whom he created some of the great mezzotints of history.

*Urania is one of the 9 Muses (or Mousai), who together were the goddesses of dance, song and music. The daughter of Zeus and Mnemosyne, Urania is the the Muse of astronomy and writings about astronomy.

Richard Earlom’s work has been offered at auction multiple times, the record price being $9,688 USD for The Embassy of Hyderbeck sold at Christie’s London in 2012.